Shop more by: No Brand

(No reviews yet) Write a Review 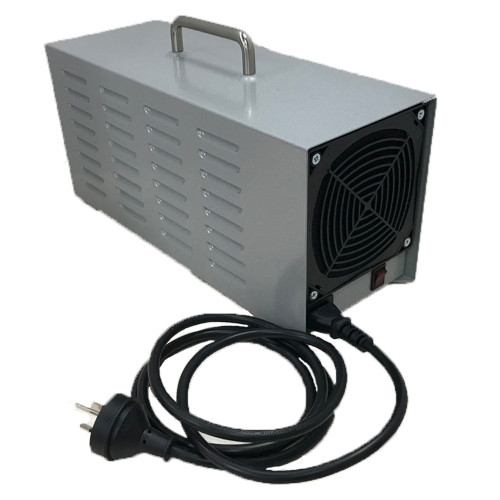 The O3 Machine is a safe, simple and effective method of eliminating odours and sanitising any indoor environment. Replicating what nature has been doing for millions of years. And it's Made in New Zealand.

Join today to access great trade pricing for the widest range of hospitality products in NZ! Find Out More

Odours are caused by airborne molecules given off by bacteria, moulds, spores, toxins, hydrocarbons, yeast, viruses and mildew. Most traditional odour removal methods utilise perfumes or fragrances to simply mask the odour with another odour. Ozone on the other hand is a highly efficient purification agent, stronger than chlorine or even hydrogen peroxide. It destroys odours by releasing oxygen atoms to the odour substance. This results in a structural change to the odour and the ozone converting to oxygen. All you are left with is pure, fresh, really healthy air, it's the most natural air freshener in the world.

CSL aim to ship all orders within 3-4 days of placement of the order. We offer free shipping* on all orders over $200.00NZD excl GST throughout Mainland New Zealand. Orders under $200.00NZD excl GST will incur an $8.90NZD+GST freight charge throughout Mainland New Zealand - please contact us for an estimate if you require goods shipped overseas. Please note furniture, beds, bunks and mattresses can only be freighted within Mainland New Zealand and are excluded from our free shipping offer - please contact us for a quote on shipping prior to ordering any of these products. For safety reasons we cannot air freight Christmas Crackers. View our Delivery Information page for more details.

* excludes beds, mattresses, bunks, large bags of polyester fill & cushion inners - please contact us for a freight charge prior to placing your order.

At CSL we stand by the quality of all of our products and are committed to ensuring you are satisfied with your purchase. If you are unhappy with your purchase you may return it to us within 7 days of delivery with the condition the product remains in its original, unopened, unused condition, complete with all original packaging, tags and instruction manuals. Please note we charge a 20% restocking fee which will be deducted from the purchase price on all refunds.

Due to hygiene reasons we cannot accept returns of duvet inners, mattress toppers or pillows, unless they are faulty. All bed and mattress sales are final and no returns will be accepted on these items. View our Returns Policy for more information.